The Central Coast Bridge Club was established in 1975. Regular venues were rooms in the Australian Postal Institute (API) in Gosford and in the library at The Entrance High School. When the API rooms were converted into office space the CCBC then used Space at Wamberal Surf Club. At ‘The Entrance High School’ the library was converted to classrooms and although alternate accommodation was offered in the new library it was felt this was unsatisfactory. use of the Wamberal Surf Club was also proving difficult with restricted use. particularly at weekends. Also, there were logistic problems with servicing two venues. storing, ferrying equipment, etc.

At the Annual General Meeting of the Central Coast Bridge Club on 25th May 1985 the following were the elected committee members for 1985/6.

This, then, was the committee instrumental in pursuing the idea of having CCBCs own premises, obtaining, funding, and then renovating. There were Some detractors to the idea of owning premises: concerned about the higher table fees and worried about the liability of the club committee should any losses be incurred. There were concerns also, one being that while Gosford players were very much in favour of setting up the Central Coast Bridge Club premises they also had a need to set up their own club, the CCLCBC at Gosford Leagues Club which they duly formed in 1987, leaving Long Jetty worrying that any reduction in players would put at risk their ability to pay off their new premises.

Club members who involved themselves with fund raising, working bees, and donations of resources and use of equipment were Zelda Overhall, Peter Berzins, Anne Luckham, Graham Steele, Carol Advokat, Adele Mills, Bill Thomson, John White, Colin and Josie Mitchell. These and others gave freely of their time to help provide entertainment and generally create goodwill within the Club. The Club looked for 12 months for a suitable new home before the current hall became available.

The Club had Some $21000 in cash savings. While there were many (and varied) fund raisers it was obvious that there was a shortfall in funds. This money was raised by some members lending money via debentures.

The official original mortgage document for $72000 was signed of on 26/6/87. The debenture holders who made it possible to purchase the Lory Jetty Pensioners Hall premises at Lot 48, 415 The Entrance Road, Long Jetty were - Ross Brown, Geoff Van Eden, Henny and Bill Geerligs, Allan and Gwen Higginbotham, Dr. Bruce Jeffrey, Kerrie and Peter Johnman, Dr. Evan Lennon and Bill Thomson.

With the purchase of the hall in 1987 for some $82000 there was a lot of work to do. While grants were sought from various sources none of them wanted to help. Council also sought some $11,000 being Club's one-sixth share purchase cost of Lot 44 to be used as a car park. This amount was paid in June 1991 with the Council agreeing to waive the interest charges totalling $8955 provided there was no redevelopment within 3 years.

While Lionel Blunden painted the hall with paint donated by Carol Advokat. Judy Hopkinson painted the decorative Card Posters and Queen of Hearts and King of Spades for the toilets (yes, they are still there). Anne Luckham, Dorothy Maclean (now Berzins). Josie Ryan, Bid Boylan and Dawn Syphers Set about selecting carpet, chairs (yes, those chairs with arms are still in use today). Various members helped clean up, erect cupboards, etc.

In 2003, when the need for building renovations became evident, a building committee comprising Bill Geerligs, Helen Eaton and Don Robb was formed to look at options to relocate or renovate. At a special meeting in October 2003 it was voted to renovate and funds totaling $50,000 were again raised in the same way. Those taking part as debenture holders were: Ruth Stephens, Colin Shore, Bernie O’Neill, Adriana Smith, Vicki Onus, Lila Barrett, Lori Tattam, Pat Tahjmindkis, Sheila Hindley, and Erica Hahn. Those renovations were completed in 2004.

The final payment to these debenture holders was made in 2009. 2010 saw improvement with drainage repairs and installation of proper reverse cycle air conditioning and the Ladies and Men’s Toilets were completely refurbished in 2011.

In 2018 three of the foundation members, Judy Hopkinson, Kerrie and Peter Johnman are still playing regularly at the club.

This account of our clubs history was kindly provided by Pam Townsend. 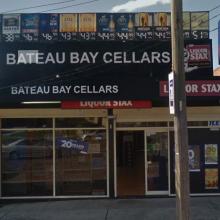 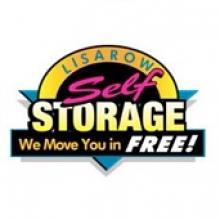 We Move You In FREE!
Design by Adaptivethemes.com